Some parts of the world are undoubtedly experiencing catastrophic climate breakdown, and in case certain measures are not taken, according to leading Intergovernmental Panel on Climate Change (IPCC) scientists, there is a very small window of opportunity to stop it. Unless we make bold changes now, we will face global destruction on a grand scale and life as we know it will come to an end. As part of the solution, scientists are asking for urgent action to cut greenhouse gas emissions, stop the widespread destruction of critical ecosystems and meaningfully reverse the biodiversity loss.

Melting glaciers and permafrost in the North and South Polar regions, the proliferation of ocean dead zones, increased wildfires due to extreme heat waves, and sudden and heavy rainfall in short periods of time are being seen more and more frequently. In short, the prevalence of extraordinary weather events is significantly impacting the lives of human and non-human animals. Moreover, with record levels of greenhouse gasses accelerating faster than ever, it is even more apparent that the threat to life as we know it is severe.

A wheat field or a flock of sheep lost during a climate change-induced wildfire are both likened to a loss of “goods” for a farmer who makes a living by selling the “products” he gets from them. The bleaching and death of coral reefs due to increasingly warmer oceans disrupts the food chain and ultimately leads to the death of fishes, causing a loss of “earnings” for people who catch fish for a living. Cows drowned in a flood are not a loss of life for the farmer, but a loss of “income”. But it’s not only natural disasters that cause non-human animals to suffer and die. Each year millions of animals die during transportation from farm to slaughterhouse. Long arduous journeys inside metal trucks with no access to water and extreme temperatures mean many animals do not reach the slaughterhouse alive. And let’s not forget the sometimes months-long journeys endured by animals on live export ships. In other words, whether it is sheep, fishes, pigs or cows, all are viewed as property rather than sentient beings who value their lives.

In today’s world, with the exception of animals we love as “pets”, there are seemingly few people who mourn the loss of non-human lives, especially those who died as a consequence of the human-induced climate crisis. It is only this small number of people who voice loudly that the lives of animals are equally as important as human lives during disasters. Among them are vegan and animal liberation activists and animal lovers who try to save non-human animals from fires and floods by establishing their own rescue teams.

However, saving a few lives from a fire or flood is only a drop in the ocean compared with the countless lives lost. This is why we must try to do everything possible to eliminate the prevailing issue of climate change or at the very least, prevent it from progressing further.

Sharing a position with climate activists at the forefront of tackling the climate crisis needs to be a priority for vegan activists. We need to work with the environmental movement to save our future and our planet, which also belongs to the countless non-human animals we are fighting for. We can only face this crisis caused by humans through human decisions and positive action.

As we all know, although non-human animals are sensitive individuals and possess many complex cognitive abilities, they are unable to organize and offer solutions in the face of such a crisis. However, for the benefit of all parties, there is an urgency in decisions to be taken and actions to be completed. Otherwise, when the point of no return is reached, no matter what action people take, the inevitable end will affect us all equally.

While all groups advocating for animals talk about the loss of animal lives, rights, and freedoms as a result of people’s dietary choices, they sometimes refrain from taking a stand against the climate crisis, which threatens the lives of all species on a more comprehensive and larger scale. When climate activists refuse to put animal rights on the agenda and cite their centuries-old habits, traditions, and beliefs, they are further fueling the climate crisis.

In our animal rights activism, we typically only talk about the violence and exploitation that non-human animals experience through enslavement in the animal agriculture industry. However, not talking about the non-human animals who, in their natural environment, are deprived of their life and freedom due to the effects of the climate crisis in “traditional” vegan activism, could be considered speciesism.

Animal rights activists frequently campaign for non-human animals who are hunted and fished, referred to as “sport”, or who are used as test subjects and experimented upon. But there are billions of animals of the same species facing loss of life or even extinction due to the severity of the climate crisis who need our help and need to be advocated for.

The only ethical relationship that can be established between human and non-human animals is to not touch them and leave them completely alone, and this relationship seems to be the most moral approach to their right to life and freedom. However, in today’s society, neither abandoning the non-human animals that we have “domesticated” nor leaving those living in their natural habitats vulnerable to the climate crisis is compatible with the essence of the definition of veganism.

The affection shown for cows who are victims of the dairy industry, and their prominent position in vegan activism should also be extended to polar bears, penguins, and other cold climate creatures who are rapidly losing their habitats due to melting glaciers. Addressing the climate crisis should also be included in the vegan struggle.

Billions of chickens are trapped in the systematic torture of the egg industry, but at the same time, thousands of bird species are losing their lives in fires and floods, and are in danger of extinction due to habitat loss and the climate crisis. So is it not then the minimum responsibility of a vegan to take action against the climate crisis?

Non-human animals are the first and most severely affected by the climate crisis; their right to life is the core principle of veganism. Participating in climate activism should therefore be a priority for every vegan activist. The minimum action that can be taken by those who do not have time to spare for climate activism is to sign the Plant Based Treaty and encourage everyone they interact with to sign it as well.

When we say non human animals exist with us and not for us in the world, we are really saying it is our duty to ensure that a liveable world continues to exist so that human and non-human animals can continue to exist. 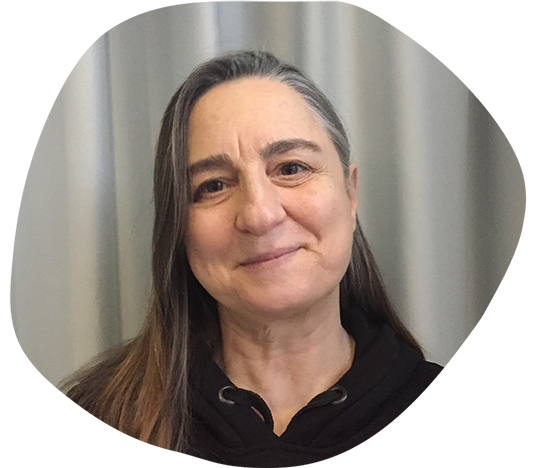 Nilgün Engin is the Co-director of the Climate Save Movement and Regional Liaison for the Animal Save Movement in the Middle East and Northern Africa. She is one of the founders of Animal Save Turkey and has been an active organizer for vegan activism for 5 years. She is the President of “Yaşamdan Yana Derneği” (Stand With Life Association) which is the first vegan association in her city. 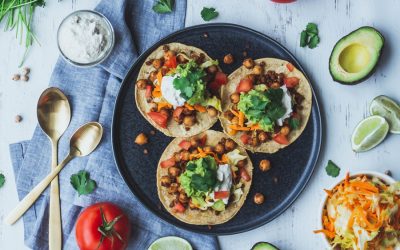 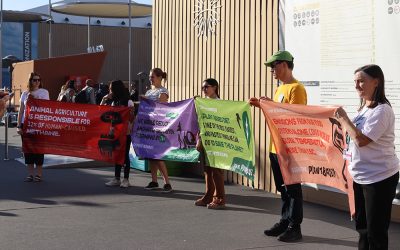