Scientists, Doctors, Celebrities and Youth Around the World Endorse the Plant Based Treaty

The Plant Based Treaty is the first of its kind to put food systems at the heart of combating the climate crisis. This landmark international treaty promotes a shift to a sustainable plant-based diet and aims to stop the extensive degradation of critical ecosystems caused by animal agriculture. The grassroots campaign advocates for the climate, ocean and biodiversity crisis to be addressed immediately and animal agriculture recognized as the driving force behind species extinction, water depletion, soil degradation, ocean dead zones and global warming. There are three core principles of the Plant-Based Treaty – relinquish, redirect, and restore. Read more on their website and join the motivated individuals and organizations around the world by endorsing the treaty here. If we work together we can make a difference to stop climate change. 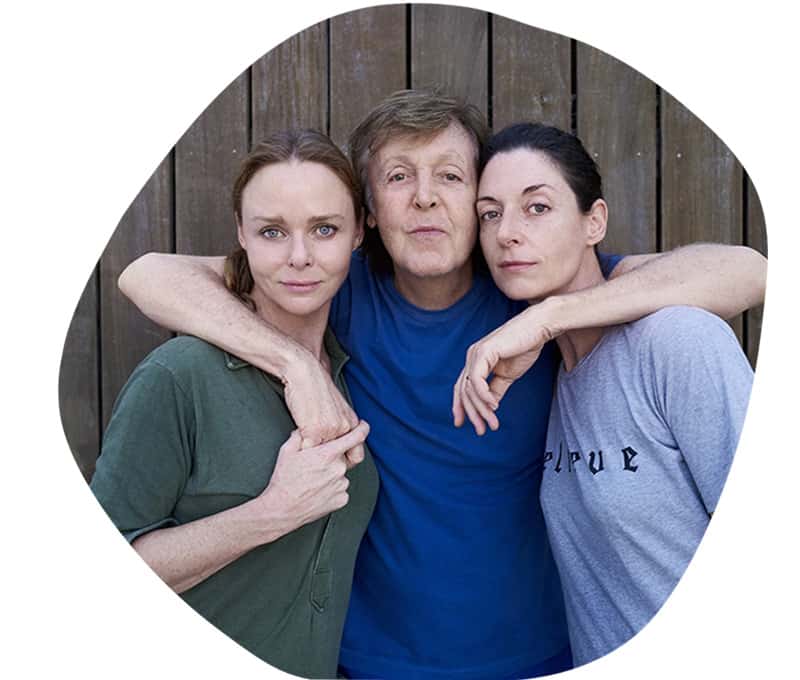 Meat Free Monday is a not-for-profit campaign launched by Paul, Mary and Stella McCartney in 2009 to help animals, people and the planet. Their mission is to raise awareness on the environmental impact of animal agriculture and industrial fishing. The movement encourages people to adopt a plant-based diet at least one day a week in order to slow down climate change, live a healthier life and protect the environment. Their informative website is packed with tips and tricks to help you go meat and dairy free and loaded with mouth-watering recipes. They even provide an impact calculator so you can check out the positive impact you will have eating less meat and dairy. They tweeted their support of the Plant Based Treaty here.

“We believe in justice for animals, the environment and people. That’s why we support the Plant Based Treaty and urge individuals and governments to sign it.” – Paul, Mary and Stella McCartney

Internationally acclaimed recording artist Moby released a video and called for a shift to a plant-based food system at the recent COP26 event. The American musician asked world leaders and politicians to endorse the Plant Based Treaty because we face a methane emergency and a very serious climate catastrophe. Moby has been a vegan and animal rights activist since 1987 and makes his voice heard around the world.

“We are on track to hit 1.5C warming around 2030 and 2C around 2040. This would lead to catastrophic climate impacts such as increased heat waves, more intense hurricanes, wildfires, droughts, food shortages, violent weather patterns, sea level rise, climate refugees, coral bleaching, and mass extinctions of species.

“We need to address all three greenhouse gases: carbon dioxide, methane and nitrous oxide. Our biggest chance of limiting temperature rises in the next 25 years is cutting methane.” 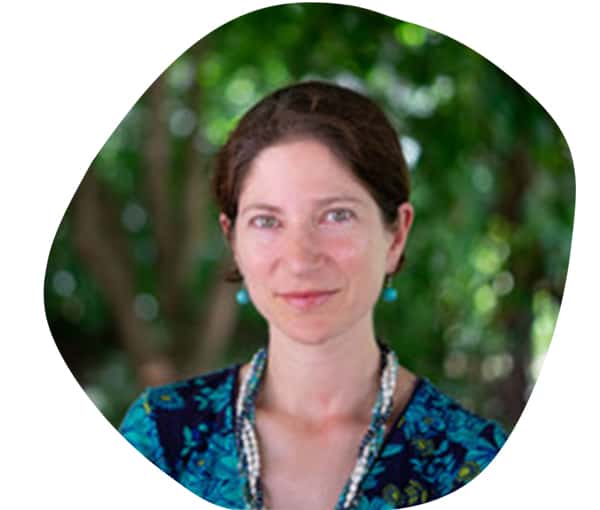 Professor Julia Steinberger researches greenhouse gas emissions and how this relates to societal performance and human well being. She teaches in interdisciplinary areas of Ecological Economics and Industrial Ecology at the University of Leeds in the UK. Steinberger has published over 60 internationally peer-reviewed articles in journals including Nature Climate Change and Nature Energy.

“We’re barrelling head first into a cataclysmic climate disaster of planetary scale, and our governments and economies are COMPLETELY disregarding the emergency exit that would spare us. We’re not going to make it, and it’s not because “solutions” don’t exist.”
– Julia Steinberger 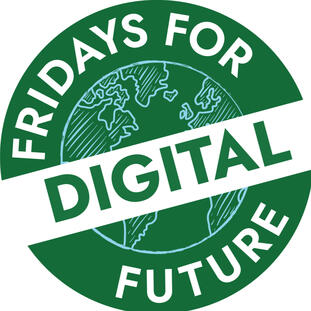 Fridays For Future Digital (FFFD) is an international youth-led digital movement of Fridays For Future (FFF). This impressive movement began in 2018 when Greta Thunberg protested outside the Swedish parliament to raise awareness on the lack of action on the climate crisis. Before long she was joined by other young activists and the movement took off around the world. They are fighting for climate justice, equity and taking action to protect the earth, animals and people living here. FFF demands action and their mission is to unite behind science and make the people in power take facts seriously and do what needs to be done to protect the planet. FFFD creates digital campaigns in support of the climate movement and encourages youth around the world to get involved and speak out.

Youth leaders from Fridays for Future and Youth Climate Save have also backed the Plant Based Treaty and signed an open letter urging world leaders to negotiate a fair and just transition to a plant-based food system. 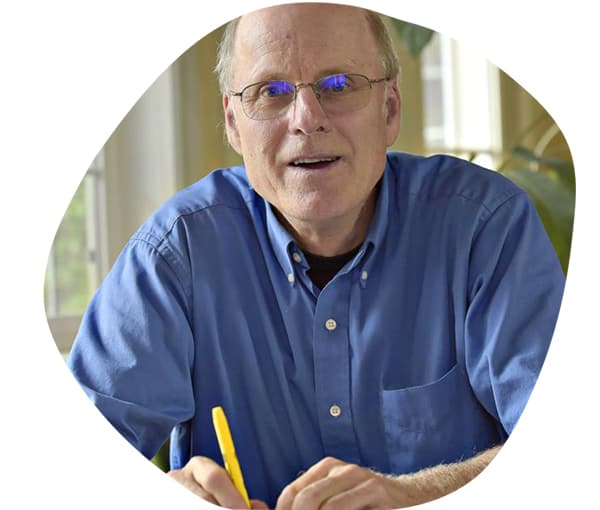 Scientist William Ripple is highly regarded in his field and is a Distinguished Professor of Ecology. He is known for his research on terrestrial trophic cascades and the role of the gray wolf in North America. Ripple heads the Trophic Cascades Program at Oregon State University and they conduct many important research initiatives. Ripple, along with other scientists, call for a Plant Based Treaty in efforts to avert a climate catastrophe. The open letter includes the following;

“We are asking governments to listen to and act on the science, which consistently demonstrates the grave threat posed to humanity by runaway climate change and highlights the instrumental role food systems have in both contributing to, and being able to mitigate, the growing climate and ecological crisis.” 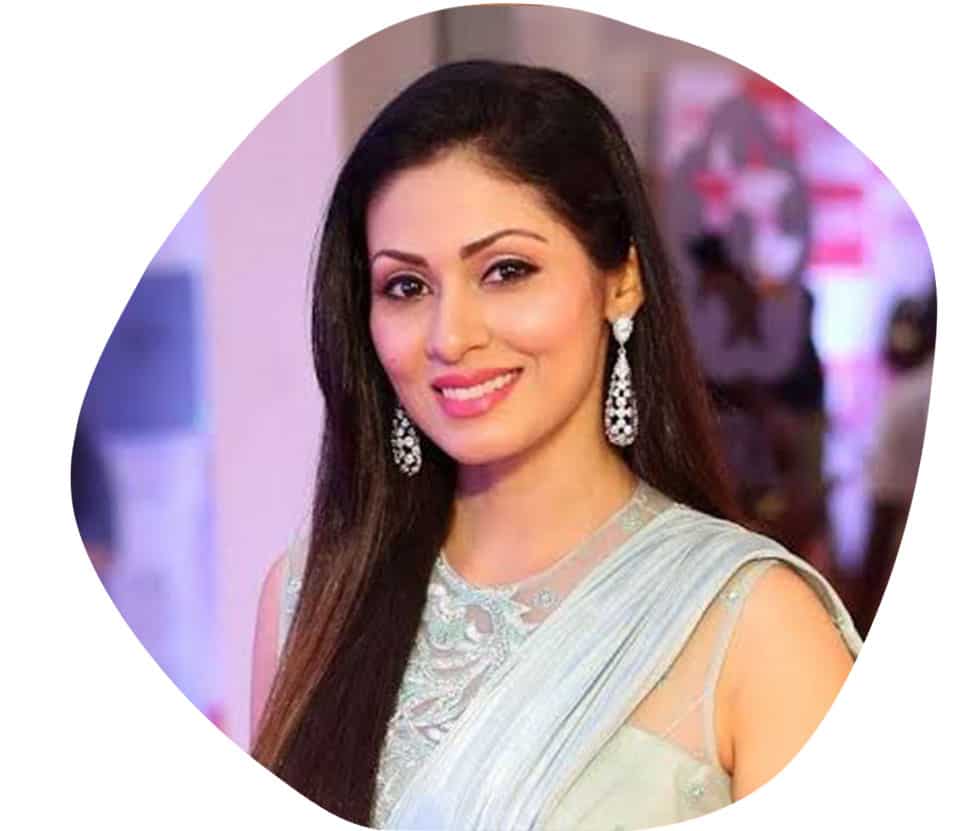 Sada Sayed is an animal lover, award winning actor, and founder of Earthlings Cafe in Mumbai, India. She speaks out about the importance of veganism and uses her influence to inspire others.

“In support of the Federation of Indian Animal Protection Organisations (FIAPO), Sada shared, “I am an animal rescuer, fighter for their rights and an ethical vegan. I believe most people love animals. Some people love animals like tigers, elephants – so did I. Up until I knew of the horrible things done to cows and buffaloes in the dairy industry, I thought I was living a cruelty-free life because I was a vegetarian for so many years, but I was wrong. Soon after I got to know of the cruelty behind milk, I went vegan.”
– Sada Sayed, Times of India

“I am endorsing the Plant Based Treaty because nobody is really talking about the elephant in the room which is animal agriculture.” – Sada Sayed 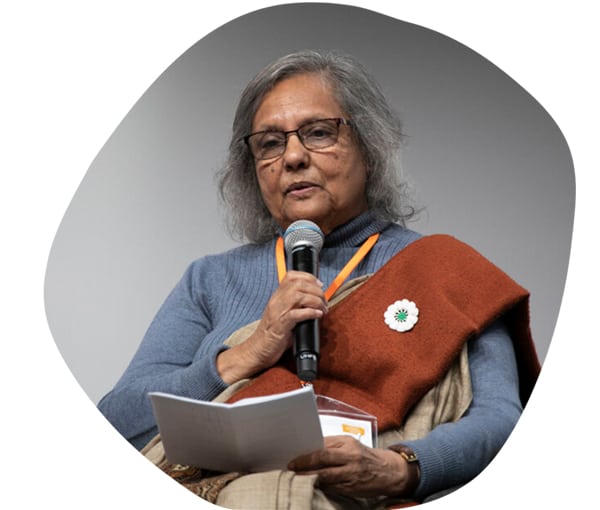 Ela Gandhi, granddaughter of Mahatma Gandhi, is a peace activist that is commonly seen on the front lines of the global interfaith movement. Her pursuit of social justice, activism and humanitarianism has inspired people around the world to take action. Her career spans many successful decades where she worked as a social worker, was vice president of the Natal Indian Congress, and her dedicated civil rights work. Gandhi has assisted in helping South Africa transition to a post-Apartheid state by sitting on the Transitional Executive Committee in the South African government.

“I fully endorse the Plant Based Treaty. I believe that the indiscriminate breeding of animals for consumption is harmful both for health as well as for the environment. The animal industry has also contributed, to a large extent, to the deterioration of the fertility of our soil and thus the environment. Large forests have had to make way for cattle farmers all over the world. Gandhiji in his bid to transform his modestly affluent lifestyle in 1904 was driven by three important considerations of which one was that a life worth living is that of the tiller of the soil and the handicrafts person. Living close to nature was part of his teachings. The Plant Based Treaty is calling for just that and therefore I support it.”
– Ela Gandhi 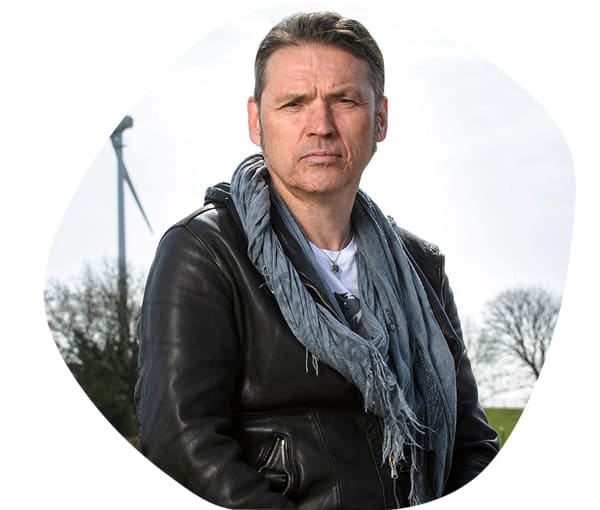 Dale Vince is the founder of Britain’s greenest energy company, Ecotricity. Their mission to end fossil fuels and promote green energy helps lower carbon footprints. They do not burn waste from farms or slaughterhouses to produce power like other firms, making them certified vegan. Vince is also a UN Climate Change Ambassador, climate campaigner, and the executive producer of Seaspiracy. This incredible documentary uncovers alarming global corruption when a filmmaker sets out to document the harm that humans do to marine species. The Seaspiracy website encourages people to shift to a plant-based diet and to protect our oceans because fishing is the greatest threat to marine life. Vince attended the COP26 conference where he spoke about climate change, the energy crisis, reducing emissions and his passion for sustainability. 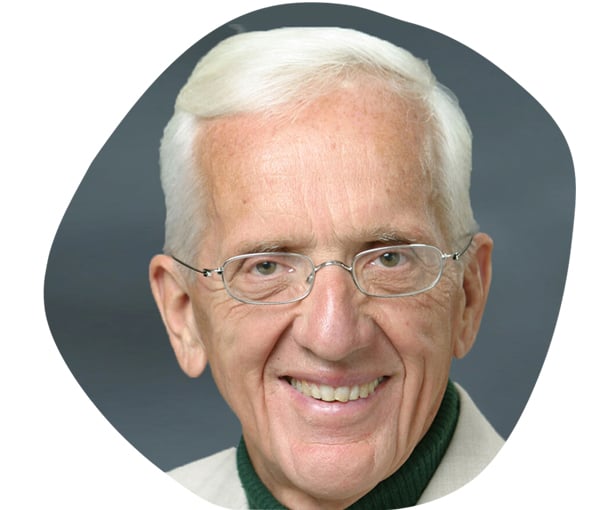 Dr. T. Colin Campbell, PhD has spent over 60 years researching the science of human health, is the author of the China Study and Professor Emeritus of Nutritional Biochemistry at Cornell University. He studies the link between diet and disease and has had an overwhelming impact in education, public policy and research. The China Study is one of the most comprehensive studies of health and nutrition ever conducted and is mentioned in the popular documentary Forks Over Knives. Campbell is one of the main featured researchers in the film which has changed so many lives since its release. The T. Colin Campbell Center for Nutrition Studies is a non-profit organization raising awareness on the impact food has on our health, the planet and living in a more sustainable world. Their website is packed with plant-based recipes so check them out and get cooking!

“I enthusiastically support the Plant-Based Treaty. Nutrition is critical to our health, but it affects more than individual people. Our food choices impact whole communities, countries, the lives of animals, and the health of our environment.”
– T. Colin Campbell

Physicians Committee for Responsible Medicine is a non-profit organization recognized around the world for saving and improving human and animal lives through adopting a healthy plant-based diet. With a strong emphasis on nutrition and scientific research they empower their patients to take control of their own health by putting prevention over pills.  More than 17,000 physicians are part of the Physicians Committee and they are inspiring other doctors and changing the way physicians treat chronic diseases like cancer, obesity, heart disease and diabetes. The President of the Physicians Committee, Dr. Neal D. Barnard, founded the Barnard Medical Center in Washington, D.C, a Center that acts as a model for making nutrition a routine part of all medical care. Barnard has led many research studies on the health benefits of a plant-based diet including a groundbreaking study of dietary interventions in type 2 diabetes.

“A shift to a plant-based diet is beneficial in every way: for health, for the ethical treatment of animals, and for planetary survival.” – Dr. Neal D. Barnard 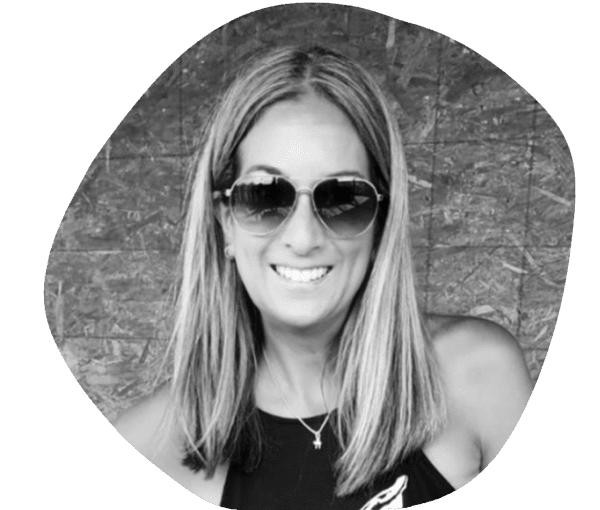 Miriam Porter is an award-winning writer who writes about veganism, social justice issues, and eco-travel. Miriam currently lives in Toronto with her son Noah and many rescued furry friends. She is a passionate animal rights activist and speaks up for those that have no voice.
Share On Facebook
Share On Twitter
Share On Whatsapp
Share Via Email